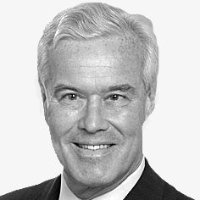 David started his investment banking career at White Weld, working in various roles in both London and New York. In 1984 when White Weld was acquired by Merrill, David left to join Phoenix Securities. The financials specialist advisor was eventually sold to DLJ in 1997 after a succession of high-profile mergers, including the sale of fund manager Gartmore to NatWest and of broker Smith New Court to Merrill Lynch.

In 2001 he became Chairman of Hawkpoint Partners which was sold in 2008 to Collins Stewart. Since then David has held a number of advisory roles including Fleming Stonehage, CastleCap Investments and Kazimir Partners.

David is a Fellow of Eton College, and Chairman of the Investment Committee responsible for the management of the endowment which totals over £300 million.

He holds an MA in Modern History from Lincoln College, Oxford.

View All Our Advisors and Partnerships